Saint Ezekiel Moreno: Studies on his Missionary Activity in the Philippines

(Edited by) Emmanuel Luis A. Romanillos 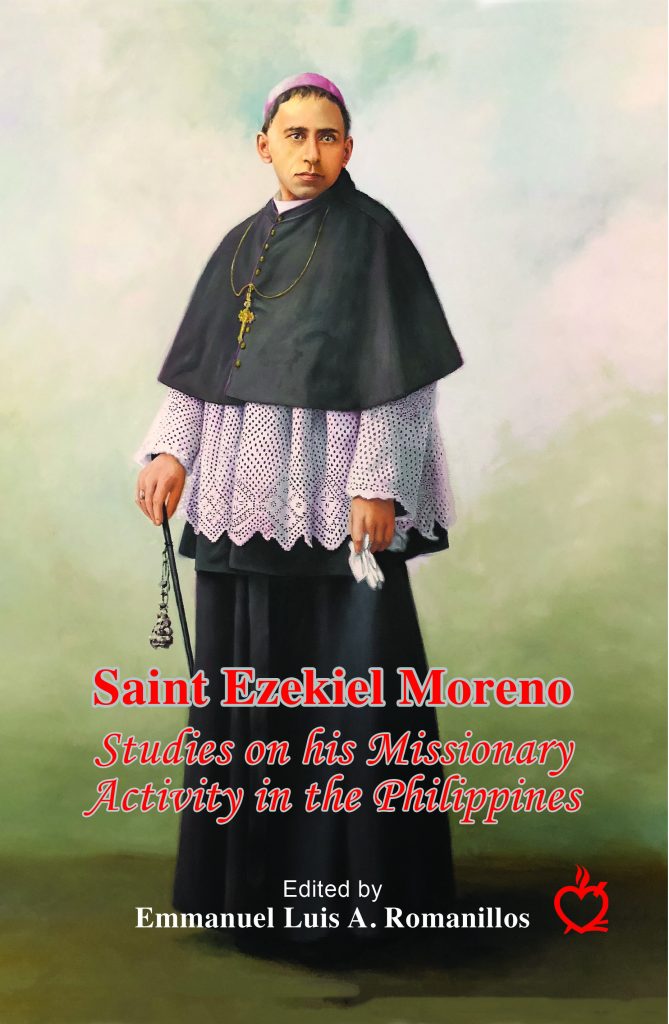 Buy Now
Back to Gallery

This anthology on Saint Ezekiel’s missionary activity contains his own writings and those of Augustinian Recollect authors. The editor translated Spanish works unknown to English-speaking readers, like the two chapters written in 1995 and 2015 by Fr. Ángel Martínez Cuesta. Included is a relevant chapter from the 1994 booklet by Fr. Eugenio Ayape (1907-2000). His story of the bearded Bishop Ezekiel now clarifies the origin of the iconic photograph and banish forever the mistaken belief that he sported a beard all the time in Colombia. Part of our compilation is Fr. Pablo Panedas’ 2006 news feature of the Recollects’ return to Palawan they evangelized in 1623-1987. Romanillos’ contributions were offshoots of writings in 1993, 2001 and 2006. The chapter titled Saint Ezekiel Speaks to Missionaries—meticulously chosen from pastoral letters and personal missives—can certainly inspire missionary ideals, boost our missionaries’ self-confidence and strengthen their spirits. The 2012 homily of Bishop Leo Tumulak (1944-2017) is a great reading. Included also were Saint Ezekiel’s Marian sermon, two popular novenas in English and Filipino now available to devotees, and, finally, a song composed by Fr. Leo Alaras and another he composed for Philip Rollon’s lyrics.